Weider Prime by Weider is the supplement that boosts your testosterone levels in a healthy way.
Low testosterone is something that all men dread, as this low hormone reduces the performance of the workout and the resistance of the body, causing you to perform fewer repetitions and costing each one more, making the production of muscle mass difficult, making the body prone to muscle catabolism, i.e. loss, reducing concentration and causing the body to accumulate fat (especially around the stomach) instead of burning it off easily during the workout.

This lack of testosterone usually occurs in people with a lack of zinc and healthy fats in their daily diet, people with a lot of stress, overweight people who do not exercise and with few hours of daily sleep.

Weider Prime by Weider is a supplement designed to increase testosterone levels in the body in an efficient and, above all, healthy way, avoiding all the negative effects of low testosterone. All this thanks to the Indian herb Ashwagandha, which has been scientifically proven by clinics around the world to have reached a "Golden Standard". KSM-66 is extracted from this herb, an extract with a high concentration of ashwagandha roots. Some of its benefits include creating a healthy response to fatigue and stress from day to day, maintaining normal levels of mental clarity, concentration and alertness that are reduced many times over by stress, and maintaining a high level of performance in training and/or sports.

Weider Prime by Weider reduces body fat thanks to one of its ingredients: Chromax. Chromax has been scientifically proven to help reduce body fat by regulating sugar levels in the body, preventing anxiety and promoting the formation of muscle mass during exercise. Weider Prime by Weider also increases the absorption of nutrients in the body, this is called bioavailability, thanks to Bioperine, a compound extracted from black pepper, which of course also improves the resistance of the body and together with that Chromax helps to reduce body fat.

Suggested use : Take 2 capsules per day. They should always be accompanied by some food so that the effect is as efficient as possible.

Other customers have also bought the following items 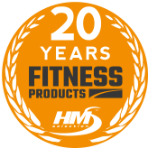